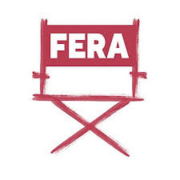 The European film and TV directors association is calling on global streaming companies to share their viewership figures and pay filmmakers for success.

The Federation of European Screen Directors (FERA), an association of European film and TV directors, has called on global streaming companies to share viewership figures and properly compensate filmmakers for success on their platforms.

In a statement released Monday, FERA said streamers needed to provide verified viewership figures to filmmakers to allow them to carry out “fair negotiations” for remuneration models for the worldwide exploitation of their works. Major platforms occasionally release viewership numbers — for example, Netflix has said that 70 million subscribers watched at least 2 minutes of its French-language original series Lupin starring Omar Sy, and that 56 million have watched 2019 Spain horror title The Platform — but these figures are not given out systematically or according to a common metric that would allow filmmakers to calculate compensation or estimate the value of their films for the service in question.

“Without information on their works’ actual performance, authors and their representatives are negotiating blindfolded,” FERA said. The group said that the practice — common among many streamers — to do buy-out deals where a directors’ compensation is calculated solely as a proportion of a film’s or series’ budget, was “unfair” because European filmmakers “share a significant creative, reputational and economic risk on each project” and should be entitled “to share in the benefits of its use and success to build sustainable careers.”

Streaming companies have become an even more important part of the European film and television industries over the past year as the COVID-19 pandemic has shuttered cinemas across the country and online SVOD platforms have seen a surge in subscribers, in part due to lockdown restrictions keeping viewers at home.

Traditionally in Europe, film and TV directors, in addition to receiving a fee for their work on any individual project, are also compensated with a share of the exploitation rights of the film or series and additional remuneration proportionate to the commercial success of the work.

A goal of recent European legislation — including the 2019 copyright directive and the 2018 Audiovisual Media Services Directive — is to update copyright laws and govern the online distribution of film and television series to ensure European creatives are more fairly compensated when their work is streamed.

The spotlight: visuele podcast over acteursvak