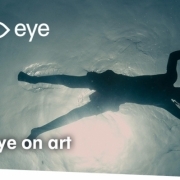 Salwa: Dubblaja |7 Nov 17.00
Dubblaja: mixing and re-recording new soundtracks to existing films. This evening, artists from the Salwa Foundation give a live performance of sound scores to silent films from the Eye collection. In doing so, they question the stereotypes of the silent figures on screen.
More

Green Revolutions | 10 Nov 19.15 & 21.30
What connects agricultural reform, biodiversity, and political upheaval in Lebanon and Syria? Screening of the poetic documentary Wild Relatives (2018) by Jumana Manna. With an introduction by Christian Henderson.
In the next slot: Under the guise of documenting chicken farms, filmmaker Amiralay presents a scathing critique of the Syrian government in The Chickens. With an introduction by Wael Kadlo.
More

Out of the Bubble: Cinemini
Eye’s Cinemini opens especially for preschoolers and their parents. Every Sunday morning (except for the summer holiday period), children aged 2 to 6 are treated to a film, followed by experiments with light and shadow in small play tents.
More