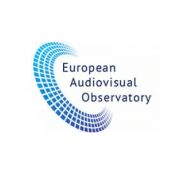 The European Audiovisual Observatory publishes new report on the gender of directors and screenwriters in European film and audiovisual fiction.

1. Women still the minority in directing and screenwriting film and fiction

The prevalence of female professionals is higher in documentary films than other film genres, as regards both film directors (28%) and screenwriters (30%).

2. In two out of three cases, a female screenwriter works in partnership with at least one other colleague (who is a man in 87% of the cases)

Based on the data in our sample, women tend to work in teams with other people more often than men, a pattern that can be observed across all groups considered.
For instance, taking into account feature films written by at least one female screenwriter, 67% were co-written with another professional. This compares with only 55% of films co-written for cinema by at least one male screenwriter.

Breakdown of European feature films by gender of screenwriter (2015-2018)

In all professional categories considered, female professionals are proportionally more likely than men to work in gender-mixed teams.
On average, women in all groups were slightly less active then their male counterparts. For instance, 91% of female directors only directed one single film, compared for 86% for men.
For these reasons, when considering the share of women weighted by the total number of professionals (directors or screenwriters) for each film or episode, the results are lower than than the share of active female professionals in each sub-group. However, significant differences can be observed across countries and professional categories.

3. Only 18% of feature films were directed by female-majority teams of directors

Between 2015 and 2018, only 18% of European feature films in our sample were directed by a female-driven team (i.e. by a majority of female professionals in the role of director). This figure is lower for episodes of fiction series (14%).  Among screenwriters, the share of works written by female-driven teams is 17% for feature films and 21% for audiovisual fiction episodes.

Documentary is the film genre with the highest share share of titles by female-driven teams, both considering both teams of directors (25%) and screenwriters (25%). In all groups, the share of works by majority-female teams of professionals has not substantially changed over the timeframe we analysed.

For feature films, the analysis draws on data from the European Audiovisual Observatory’s LUMIERE database, which collates annual admissions to theatrically released films from a variety of sources, including national film agencies. The study sample comprises European feature films produced between 2015 and 2018 and theatrically released between 2015 and 2019. The data on audiovisual fiction series were provided by Plurimedia and include TV films and fiction series of EU origin (including the UK), broadcast or made available on SVOD services or TV channels across the EU between 2015 and 2018.