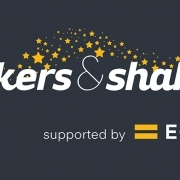 The Location Guide, makers magazine and the FOCUS show are calling for entries to the makers & shakers Awards supported by EQUALS, a brand new event to celebrate excellence in global production.

The makers & shakers Awards – which were officially launched at a special event at BAFTA in December – honour ground-breaking ideas and initiatives from the world’s commercial, TV, film, animation and gaming sectors.

The inaugural makers & shakers Awards takes place on December 9, 2020, the final day of the annual FOCUS show in London.

Entries are now open across seven categories: Outstanding Creative Use of a Location, Film Commission Initiative of the Year, Production Tech Innovation of the Year, Initiative to Grow Local Industry of the Year, the Sustainability Award, Shaker of the Year Award, and the EQUALS Spend Award.

The awards are free to enter and you can nominate yourself as well as a colleague.

Jean-Frédéric Garcia, managing director of The Location Guide, said: “We feel it is important to recognise the achievements of professionals who work tirelessly to facilitate and support the work of creatives. Traditional awards are fantastic at honouring the best creative work, but can overlook the achievements of professionals who pioneer change within the global industry. That’s how makers & shakers Awards was born: with the intention of celebrating exceptional work that’s being done on the ground.”

The makers & shakers Awards will be judged by an international jury of professionals. The deadline for submissions is the 4th of September 2020.

The awards are delighted to be supported by production money management platform EQUALS, formerly known as FairFX.

For more details about the awards and how to enter, see our website at: www.makersandshakersawards.com

Please see below the full list of makers & shakers Awards categories and criteria:

The Outstanding Creative Use of a Location
This will be awarded to a location manager / supervising location manager and their team, and will honour the creative use and management of a single location in a film, TV movie, TV series, episode, advertisement or short form which has created an on-screen memorable impact while inspiring peers.

Film Commission Initiative Of The Year
This will be awarded to a film commission, film office or a film commissioner and their team. Excluding official cash/tax rebate or credit schemes, we are looking for an initiative from a local, regional or national film commission which has made a significant impact on their territories and created an interesting proposition for film, TV movie, TV series, episode, advertisement or short form.

Production Tech Innovation Of The Year
This will be awarded to an individual, a tech start-up or a tech company. We are looking for the creation of a game changer in the way the industry produces, using new technology applied to workflow, communication, finance or distribution.

Initiative To Grow Local Industry of the Year
This will be awarded to a trade association, a government organisation or a private company. We are looking for a new and special initiative from a local, regional or national organisation which was introduced to benefit the community and expand the local talent and skills pool of the creative screen industries.

Sustainability Award
This will beawarded to a production company and producer, production service company and executive producer (line producer/fixer), set designers, a studio, an organisation or an association of professionals. We are looking for a campaign or initiative aimed at significantly reducing the carbon foot-print of production while enhancing the production process and maximizing screen value

Shaker Of The Year Award
We are looking to give this prestigious award to any professional within the creative screen industries who really made an impact, a long-lasting change to the industry. This creativity can be applied to the processes of production, distribution, facilitation or financing and funding of a film, TV movie, TV series, episode, advertisement, branded content or short form.

EQUALS Spend Award
This will be awarded to a production, a head of department, a producer, a line producer or a crew member. We are looking for a creative production spend, no matter how small or big, in a film, TV movie, TV series, episode, advertisement or short form which had a positive effect and made an impact on the production budget and the on-screen value.

About The Location Guide
The Location Guide began as a filming directory over 20 years ago. It has grown into a trusted digital, print and event networking platform for the global screen industries, covering commercial, TV and film, animation and gaming. makers & shakers Awards follows in the footsteps of our FOCUS event that provides a meeting place for everyone involved in the creative industries, The Location Guide and our makers magazine that offer further inspirational content and contacts.

About EQUALS
It’s our mission to make money management as simple as one plus one. We do this through finding simple solutions to complex problems. That’s why we have partnered with the makers & shakers Awards to support the production industry and celebrate outstanding achievements and displays of ingenuity. We know the importance of staying on budget during production, which is why we help you pay less, and save more with an easy-to-use spend management tool. Whether that is by managing budgets within the costume department or paying freelancers overseas, we have you covered. At EQUALS, previously known as FairFX, we’ve helped over a million satisfied customers, move and manage their money over the last 12 years. And we’ve helped 1000’s of productions make location expenses easy.