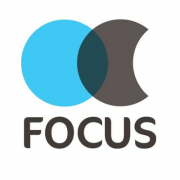 Focus, an international show in London for professionals working in production, attracted a record number of attendees and exhibitors in its fifth edition, which ran Dec. 3-4. The event boasted an expanded conference schedule, plus a series of networking events.

More than 3,400 professionals – including visitors, exhibitors, and members of international delegations – from all sectors of the screen industries, drawn from more than 80 countries, attended the event at the Business Design Center in London. This represented a 30% increase in footfall on the previous year.

The networking opportunities presented at Focus included 28 receptions, parties and happy hours. New initiatives included producer meet-and-greets in association with the Producers Guild of America at the Fresco Film Producers Lounge, in addition to regular events such as the Location Managers Christmas Drinks, the Advertising Producers Association Christmas Party, and the Producers Brunch in association with Variety. There were also a wide range of receptions hosted by international partners, and delegates were able to meet at the Nu Boyana Studios Bar. The event culminated with a special event at BAFTA to launch the Makers and Shakers awards, celebrating excellence in global production, presented by Makers magazine, The Location Guide and Focus, in association with Equals.

The program is curated by Sue Hayes and presented in association with media partner Variety.