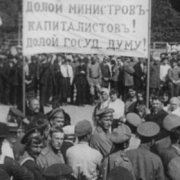 An evening in Joburg
4 June 19:15
South African film critic and film lecturer Gawie Keyser talks about the perception of South Africa in the work of William Kentridge, whose work is currently exhibited in Eye. Six of the films are part of the screening.
More

The white gaze: round table discussion
11 June 19:15
Art blogger and moderator Stephanie Afrifa, Ad van Denderen, Lebohang Tlali, Renzo Martens and Melle Smets debate the question whether Western artists can make accurate statements on the history of Africa, a continent that is not their own.
More

Between Friends: William Kentridge & Denis Hirson
15 June 16:00
The friendship between artist William Kentridge and author Denis Hirson has been going strong for almost forty years. The two friends have been discussing the situation in the world, in art and in their personal lives for just as long. This evening they will continue their conversation at Eye and present the prepremiere of an excerpt from Kentridge’s latest film The Mouth is Dreaming (2019).
More

Cinema Concert: Anniversary of the Revolution
15 June 19:00
This celebration of the first anniversary of the Bolshevik Revolution contains quite a few shots of Red Army leader Leon Trotsky, the disgraced leader of the Red Army in the 1920s. Trotsky is also the protagonist of William Kentridge’s movie installation O Sentimental Machine. With live musical accompanyment by Martin de Ruiter and Thijs Havens.
More 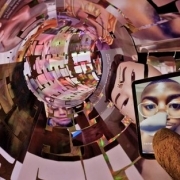