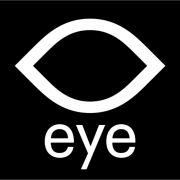 At the beginning of this new year, Eye celebrates endings. Among other things, we feature the virtual reality experience by Tsai Ming-Iiang, about a man who is being visited by spirits long gone, and several special evenings investigate the end of reality in the work of exhibitor Jan Švankmajer.

Jan Švankmajer: Steeped in Surrealism | 8 January 19:00
Special evening on surrealism in Jan Švankmajer’s work with guest Laurens Vancrevel, compiler of the book What Will Be. Almanac of the International Surrealist Movement (2014). Includes a screening of Alice (1987).

Xtended: The Deserted | 10 – 31 January
Prominent film director of the new cinema movement in Taiwan Tsai Ming-liang made a 360-degree video where a man is recuperating from an illness in a ruined apartment block in the mountains. He is visited by the ghost of a mother and a bride. The only companion he connects with is a lone fish.

Masterclass Tsai Ming-liang | 12 January 14:00
Tsai Ming-liang will be at Eye to give a masterclass in which he will also talk about his recent work and projects. Eye screens all films by the Taiwanese filmmaker to accompany Tsai’s VR project The Deserted.

Visage with an introduction by David Verbeek | 15 January 21:00
Tsai Ming-liang shot Face among Leonardo da Vinci’s masterpieces in the Louvre. A Taiwanese filmmaker travels to Paris to make a film about the Salomé myth. Tsai pulled out the visual stops with his stylized allusions to painting and Asian video clips.

_underscore_ | 20 January 16:00
_underscore_ is a brand new collaboration between RE:VIVE, The Rest is Noise and Eye inviting three composers of electronic music to explore the world of the silent film. For this second edition, Raphael Vanoli, Laura Agnusdei and Tammo Hesselink have written exclusive new scores for archival films from the 1920s and 1930s using their unique styles of modern composition to bring these films back to life.

Dreams and obsessions in the art of Jan Švankmajer | 22 January 19:15
Lecture by film critic Jan Doense.