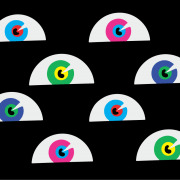 Wilson: “I’m excited to bring my Fantasy & Horror Writing Workshop to Amsterdam for the first time. I love teaching these workshops and exploring my favorite genres with you. You will learn a lot, meet people who share your passions and have a lot of fun.
If there are two movie genres that never lose their appeal, they are fantasy and horror. The genres are constantly reinventing themselves, finding ways to speak to contemporary audiences with stories based on themes that never go out of style. They are also the genres where new screenwriters can cut through the clutter of the marketplace and get their work read.
This workshop is designed to guide you in developing a personal vision for your horror and fantasy stories; to help you find a writers’ voice based on your deepest dreams and darkest fears so your story is uniquely your own. We will explore the horror story through a series of darkly humorous interactive workshops that will summon “the monster within us all”.
You will learn the rules of building a fantasy world, and create personal versions of heaven and hell as well as systems of magic so crucial to fantasy. You will see how these fantasy “rules” also apply perfectly to horror stories.
You will leave the workshop with a story outline, ready to summon your horror and fantasy “dark spawn” into the world.”

Over Larry Wilson:
Larry is a screenwriter, director and producer whose feature film credits include BEETLEJUICE, THE ADDAMS FAMILY, and THE LITTLE VAMPIRE. Larry’s television credits include TALES FROM THE CRYPT, THE YEAR WITHOUT A SANTA CLAUS, and ALIENS FOR BREAKFAST.

He is currently writing AINBO – an animated feature that is now in production with much for the animation being done here in Amsterdam.
Larry was a Creative Executive at Paramount Pictures, working directly with Jeff Katzenberg, the former president of Disney Pictures and founder of DreamWorks.  He has worked with great writer/directors like James Cameron, Kathryn Bigelow and Tim Burton.
He also worked as a story analyst for Columbia, Warner Bros., Paramount, and Universal. 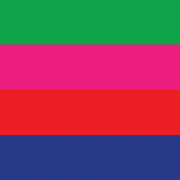