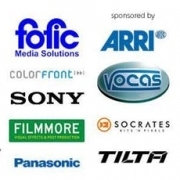 Guy Molin, colorist and vice-chairman of the NBF presented this IDFA industry session about camera’s and codecs. He started with a quick introduction about the differences between Linear, Log and RAW. Every type stores images in a very different way. Linear recording means everything happens in the camera, meaning the stored image has the same bandwith as the monitor: what you see is what you get. Log (logorithmic) is broader and more closely resembles the human eye, for instance in the extent to which details are recorded. However the file format is the same format as LIN, and thus, some data is lost there. Also Log requires a look up table (LUT) on the viewfinder to see what you are doing. RAW records the available light, there are no restrictions, everything is recorded. The processing and compression happens afterwards, not in the camera, but in postproduction. However, it’s good to know that RAW is not standardised, there are a lot of types that are slightly different. If you choose a camera, don’t choose it because it looks nice, choose because the way it record your images. Three speakers were invited to dive into this subject from different angles.

Paul Matthijs Lombert from Hedge was first and he spoke about data transmitting. He presented the case study of a 15 camera Black Sabbath concert recording where he worked as a data handler. He explained what went well and what went wrong in this use case and showed us how hardware and software choices influenced the transmitting speed. This use case demonstrated the many choices that affect the data transmitting proces and how these choices can lead to unwanted delays and costs. Sometimes producers have a different mindset and think about data storage – which is easy and cheap – and forget the time it takes to transmit all that data. He also explained convincingly that it is important to consider the effects of upscaling camera’s or cards for data processing. Because that can mean that rental fees and man hours can increase substantially. Lesson learned by this Black Sabbath set-up: it’s not about how much data to store, but how much data a set-up can move in a certain period of time. And even in smaller, one camera productions improving the data handling set-up can be very cost and time effective.

Next up was Daan Hermans from the Future Store. He talked about RAW and post production tools from the perspective of ‘a nerd who knows about pixels’ (his own words). RAW is the best representation of the light that hits the sensor in the camera, he stated, however there is always some extent of data compression that happens in the camera, and in postproduction, and when the production hits the screen. The question is: in what part of the proces do you want compression to happen? The choice for a camera and consequently a (RAW) format determines the kinds of tools you can or can not use for editing, which Daan illustrated with a chart. And he also showed us exactly how the choice for frame raster and fps much determine the amount of bytes per uncompressed frame, thus the speed of data transmission. He concluded that after the initial struggles with RAW data, there are now a lot of manufacturers who (re)enter the RAW field, and that there is a sort of second wave in the industry of RAW workflows. He advised DP’s who are thinking about buying a camera, to ‘please think about post’.

The final speaker, cinematographer Geoff Boyle responded: ‘please think about where you need to buy a camera at all!’ Renting is a safe option, and you don’t have to worry about your camera going out of style. Buy the lenses, tripods, lifts, they last forever, was his advise. And: don’t be scared of data! Geoff agreed that the choice for a codec is important, but design, ergonomics and personal preferences shouldn’t be ignored. Some camera’s require a lot of add-ons, or have insensible menu’s. Personal choices for Geoff include a preference for a robust camera, build like a ‘brick shithouse’. Another personal choice is whether you want to shoot under or over?

Now to the data. Geoff stated that there is no substitute for lots and lots of data, and advised us to record as much data as possible. Because all along the production chain people are going to step on your picture. First of all, the image starts as a Bayer pattern, and there are already holes in it. Then it’s compressed and ‘compression is evil’, which Geoff illustrated with an example of 8 bit and 10 bit compressed image. Manufactures use terms like ‘visually lossless’ and ‘mathematically lossless’, but what they are really saying is: ‘we hope you don’t notice’. In fact, every proces your images are subject to, every time you grade, when you change to a different format, every step along the line, you will lose data. ‘Your picture will get destroyed!’ And to ensure the best possible result, the best thing you can do according to Geoff, is to start with ‘shitloads’ of data and let someone else worry about transferring it!

Geoff and Guy then presented the results of a little test they did earlier that day with a Black Magic Ursa Mini Pro that can record Linear, Log and RAW. They purposely over-exposed the shot and illustrated how different formats offer different possibilities for correcting this mistake. The session concluded with some interesting questions from filmmakers in the audience, followed by drinks and a visit to the sponsor market.

A few of the presentations can be downloaded (as pdfs): 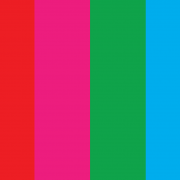 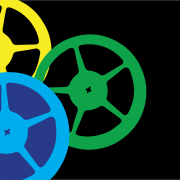