The excellence of the projects presented in Utrecht during the Netherlands Production Platform is reflected in the additional prizes offered from 2011 to help guarantee their completion. Four prizes were awarded Sunday the 25th at the Holland Film Meeting.

Jury 2011: Olivier Quadrini (Kodak), Wallie Pollé (Cinéart Benelux), Claire Launay (Arte Cinema France): ‘Whispering Clouds is ‘shouting cinema’. It is promising within its images, its character and the story. We hope that the prize will help to catch all the beauty of Lapland, childhood and care for nature.’

The new Cineco Digital Post Production Award, also valued at €5000, is given to one of the presented Dutch projects and must be used to help finance the film’s post-production. The 2011 Cineco Digital Post Production Award goes to THOMAS AND THE BOOK OF EVERYTHING by Ineke Houtman and producers Judith Hees, Hans de Weers of Eyeworks Film and TV Drama.

Jury 2011: San Fu Maltha (Fu Works), Jacobine van der Vloed (CineMart), Kaisa Kriek (NPO):
‘It is a story of considerable imagination, ambition and authenticity. Within this magical tale, all audiences can identify with the main character, a child, whose dilemma drives a poignant and gripping drama. It will be the work of a visionary director who has proven in the past that she can deliver films of great warmth and sensitivity.’

The new Binger Award will be given to the most promising Dutch film plan and the prize will include a Binger coaching programme. The 2011 Binger Awards goes to METRO by Marcel Visbeen and producer Trent of NFI Productions.

Jury 2011: Jovan Marjanovic (Head of Industry CineLink), Helena Danielsson (Hepp Film):
‘The jury felt the director’s approach to making this film makes it a unique development process set to expose the stories, the characters and their world in a multi-layered and complex form.

And for the first time, a development prize will be awarded to an international NPP project. The Filmmore Innovation Cinema Prize is intended to encourage European filmmakers to explore new and innovative ways of filmmaking and financing their stories. The price has the value of € 5000 for postproduction facilities. The 2011 Filmmore Innovation Cinema Prize goes to KORSO by Akseli Tuomivaara and producers Mark Lwoff, Misha Jaari, Elli Toivoniemi of Bufo.

Jury 2011: Wim van Slooten (Filmmore), Sander Verdonk (Lev Pictures), Alan Fountain (EAVE): ‘Over the last two days a number of really interesting projects were presented to us. Korso stood out in its portrayal of young people and its unusually extensive research and we believe it has the potential to make a contribution to a refreshing story of a new generation of young European people. It is an engaging and relevant story about growing up that doesn’t use the Hollywood format about ‘following your dreams’.’ 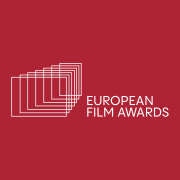 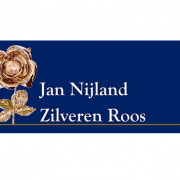 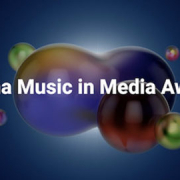