Go Short is an annual new, refreshing film festival for European short films. The first edition took place in Nijmegen from the 18th until the 22nd of March 2009. It is a unique event in The Netherlands at which the audience is treated to short films, most of them made by young, talented filmmakers from all over Europe. The festival’s main location is the local multifunctional arthouse LUX.

Registration deadline all shorts (including student films) completed between September 1 and December 31, 2008: September 15, 2009

Registration deadline all shorts (including student films) completed in 2009: December 1, 2009 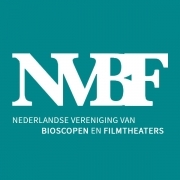