October 6th Upload Cinema launched with: ‘HOMEMADE REMAKES’. A tribute to all the passionate amateurs and film fans who remade their favorite film or scene with whatever means they have at their disposal. 120 films were submitted, 22 were selected.

On November 3rd (just one day before the American presidential elections) our theme was THE PERFECT SPEECH. Out of more then 200 films, 35 were selected. Amongst them of course Barack Obama and his big examples JFK and Martin Luther King. But also Colonel Nathan R. Jessep, Steve Jobs (sure also Steve Ballmer) and miss South Carolina. Watch the video impression 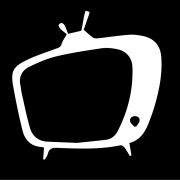